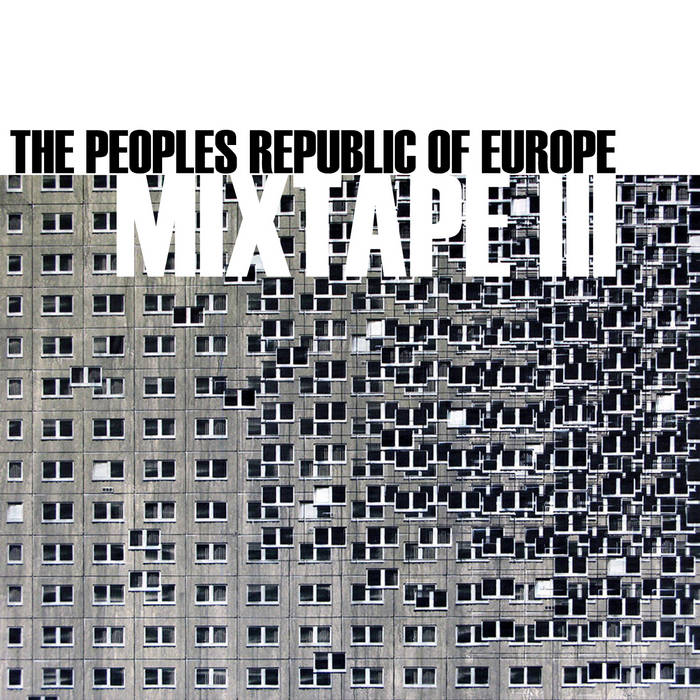 The concept of a mixtape is one i like very much. Get the name out, don't worry too much about copyrights, and having some fun with making stuff. The third TPROE mixtapes concentrates on remixes.

Remixing stuff is basically a pain in the ass. It is fun to do, but very regularly what you make is never used and will be on a shelf or someone's harddrive for eternity. I think that sucks, so here is a mixtape with remixes i did, which will never be released by the original artists, but of which i think they are pretty cool. I have more, but some i did (for Ambassador 21 and Grendel for instance) are just not good enough. So here you have the good stuff:

WE R WHO WE R
Originaly by Kesha. I love popmusic. So when i became aware of this song through Daniel of Aesthetic Perfection and Marco of XP8 i loved it, and when i got my hands on an acapella i did this with it.

YOUR PAIN
Original by Acylum. This was part of a remix competition, but i forgot to send it in. It would probably not have been released anyway, so why bother? I reworked this cut for a song of my own on the upcoming album "Military Industrial Complex"

PONG
Original by Eisenfunk. I never liked Eisenfunk much, though "Pong" is OK. But these guys put remixkits on their site for all to enjoy and do stuff, and that is pretty cool.

SOMEONE STRANGE
Original by Monokino, which is a Dutch indieband which is very popular in China because one of their members is from there. They asked people to do remixes for a remix CD for the Chinese market. Offcourse my remix was too hard and probably to rough for the Chinese censors, so no luck there!

ASK YOURSELF
Original by Plastikman. I am a big fan of stuff made by Richie Hawtin, and when people like him leave those remix kits unattended...well, can you blame me?

REPTILES
Original from Silence Is Sexy, which is a Dutch rock/wave band. This one is from their first album, and their guitarplayer asked me to do one because we did hang out on the same Dutch musicforum. They liked it, but never released it.

LET ME GO
Original by Stray. Another remix competition. Did send this one in, but i have the impression Erica didn't like it. I think it is one of the best i did however. Beat is based on dancehall rhytmns like more of my tracks.

ACID RAIN
Original by Systematik Overload. This is an Industrial metal/Darkwave band, and they wanted dancy remixes. did this one, and they LOVED it. They would make sure it got on their album. Offcourse it wasn't. Not sure if the label or band themselves decided that, but hey, it's here now!

SEXSLET
I was working on this track, which will be on the upcoming album "Military Industrial Complex" while i found a recording of Dominee Gremdaat who got angry about the girl who accused Strauss-Kahn of raping her. I used that for this short edit of the original song. So not a remix but some sort off mashup with my own music. If you understand Dutch this one is just as retarded as "Gothic ass". You have been warned.


Free download, but Bandcamp will only allow for 200 free downloads a month, so if those are gone, wait till next month. If i want more free downloads to give out, i have to pay bandcamp and that is so not going to happen.

About remixes we can do: As you can read i have had it a bit with stuff not getting released so if you want us to do a remix of your band/project, you have to give us permission to release it ourselves if you don't do it. If you are not willing to do it, but still want a remix, we will ask for a modest remix fee. All other offers will be turned down.