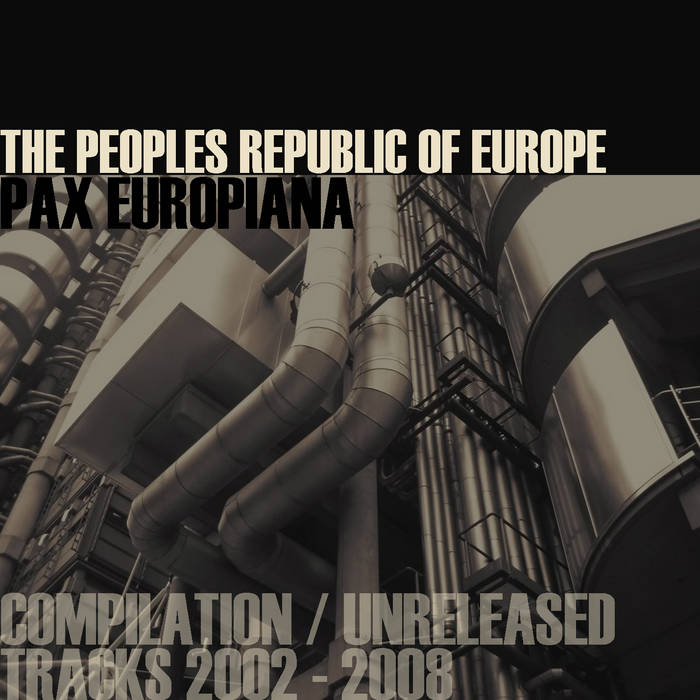 The Pepes Republic Of Yurop

FUCKHEAD
This is a coverversion or remix I made of the well known Test Department track from 1986. I used the track from the a side of the TDA 12” (which Test Dept also used for making the original Fuckhead) and built my own version.

FUNDAMENTALIST
Originaly released on the Lowlands industrialism II compilation. I still have some hardcopies’s left if people want one. I liked the sheer brutality of this track. When we played in Parkhof, Alkmaar, NL around the Monopoly of Violence time this song manage to almost take out the PA! I also posted this track on the synthforum, and got warned that it was offensive to release a track with Islam chants. That just means it gets released for certain. This is also the track on which famous Dutch hardcore producer Peaky Pounder responded with “Your shit is too dark for me”.

ANGST!
Made during the Steel and Honour time. This track was made for the “Van duytschen bloet” compilation put together by Oskar and Migh from later H.E.R.R. fame. It was an compilation of dutch gothrock, neofolk, industrial, EBM and suchlike. It was released in a limited edition of 100 copies which sold out in a month.

THEME FROM PROJECT WARFARE
Never released, but it was supposed to be released on a compilation for the Cenobytes organization for their parties which are the most legendary industrial and powernoise parties even to be held in the Netherlands.

PAX EUROPIANA
Originaly released on the Lowlands industrialism I LP. I also have a few copies left of those, without the anti-static bag though. Made during the Monopoly of violence time, and is basically an outtake of that album.

AN DER SCHONE SCHWARZE STYX
This was part of a competition on the Dutch Synthforum. The challenge: make a song in ¾. So this is an industrial waltz. Originaly released on the “35 cybergothic years” compilation put out by Cybercase for his 35th birthday. 75 copies made, and handed out at the Cyberia party where this celebration took place.

SPEAKERTRASHER 2007
A remake of the song from “Among the ruins” now with more o0ntz. Originaly released on the first Mixtape album.

IN CONTROL (KAAL)
“Kaal” means bald or minimal in Dutch. This is the original made version of the song from the “Under stress” album. The album version is harder and has more layers, but this one is more technoish and very nice as well.

DETACHED
An outtake from the “Lubrication” album. Didn’t fit the album. Completely unreleased, but I always though it to be a cool song, just a bit too subtile for the massacre which is “Lubrication”

ZERO TOLERANCE
Outtake from “Under Stress”. Was originaly released on mixtape.

HATRED (FIRST VERSION)
My only experiment with Ableton live. This is the first raw version. The album version had more layers of percussion. This was only released on a very limited CDr I handed out to some DJ’s. Still I like it very much because it is sheer minimal brutality.

MONOPOLY OF VIOLENCE (BUNKER VERSION)
I made an alternative version of this song on request of Franck from Das Bunker, LA for the “Fear of a distorted planet” sampler. I never got copies of that album from the label, so it now gets released here. That will teach them! :D This version doesn’t have the fuzzy walls of sound, but has extra phunky beats.

ELDFJALL SYMPHONY
I always like to use field recordings for my darkambient tracks. For this piece I used fieldrecordings made by Jacob Kirkegaard on his Erdfjall album. It’s a pretty weird album on which he recorded sounds of the Earth around some Icelandic volcanoes. By just sticking mics in the ground. How about that for making music! Anyway, its an amazing album if you are into fieldrecordings and musique concrete. It’s out on Touch records which always have stunning beautiful sleeves, so well worth picking up here: touchshop.org/index.php?sessId=09876CABE845E62E0D67FE175D9CF335&cPath=2